The first post of the blog that I have just created, in which I talk about being offended 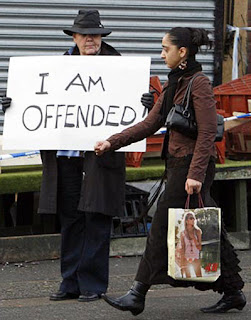