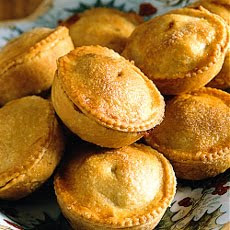 The other weekend I was offended on my way home from a two pie night at the gay bar. When I say it was a two pie night I mean that the level of drunkenness required everyone to eat two pies on the way home; stopping at a second dairy on Cuba Street as soon as the first round of pies had been eaten. I had been thinking strategically though, and had gotten a bag of chips at City Stop, along with my Kumara and Cashew. I walked home, feeling safe and sassy in a posse of gay men and licking salt off my fingers; talking about how my friend M really should have scored and bemoaning how the Wellington gay scene could fit on a pin head. I felt safe, that is, until I felt offended. Actually, I still felt really safe but now just with an extra dosage of rage.

When we were walking home, just as I was finishing my chips, we saw a girl walking by herself near the bypass. She was blonde and she was wearing a short skirt and it was really late. When we saw her, a new acquaintance of mine who probably by now has crossed the line from my acquaintance to my friend, my charming and lovely and well dressed and will-bring-me-a-diet-coke-when-I-am-having-a-nervous-breakdown acquaintance friend, exclaimed that he was going to yell out at her that she was a whore. At first, I couldn't even really believe it. Surely, I thought, people know by now that I am a highly irrational, hyper-sensitive, bleeding heart blogger who will REACT BADLY to these kind of comments, most likely by writing an overly-wordy post about it and plastering your shame ALL OVER THE INTERNET? But I looked at my acquaintance slash friend, a guy who will bring over mushrooms when I need them for a pasta sauce and who has excellent taste in outer-wear, and he wasn't joking.

I feel like this is a red onion of offensive behaviour, an action that for every layer of offense there is another snuggled beneath it, tighter and more intricate. I think that my metaphor is beginning to fall apart, as I almost just wrote that "the insidious offence nuggets become more 'stinky' as the layers are removed", and like, IT'S JUST AN ONION ALLY, chill out. You like red onion, especially in a Greek salad. But the first layer of offense I felt was how incredibly stupid it is to insult someone by yelling out their occupation at them. How would you feel, dear reader, if I screamed out 'Bank Teller' in the street at you? Or 'Waitress'? Or 'Lawyer' or 'Podiatrist' or 'Telemarketer'? Regardless of what you think about prostitution, and whether or not it should be legal and whichever side of the feminist fence you fall on, I just don't see how it is alright to ever use somebody's job as an insult. There are a whole lot of people who have jobs that I really don't like, but I still don't think that it is okay to accost them in the street.

But I guess that this is where the second layer of the onion of offence comes in, because the thing is that while I haven't ever really liked anyone who has worked at Dick Smith Electronics, apart from this guy Shannon who was really polite about my broken laptop over the weekend, our culture isn't constructed around the lack of privilege held by rude and sweaty computer store employees. But while it wouldn't be acceptable for me to yell out 'DICK SMITH FRONT DESK EMPLOYEE', I feel it would be way more okay for me to yell out 'WHORE'. I did a little bit of Internet research for this blog post, and a really important piece of writing on this subject seems to be an article called Whorephobia Affects All Women, written by Thierry Shaffauser in The Guardian. Thierry writes:

"Women are brought up to think of sex workers as "bad women". It prevents them from copying and taking advantage of the freedoms sex workers fight for, like the occupation of nocturnal and public spaces, or how to impose a sexual contract in which conditions have to be negotiated and respected. Whorephobia operates as a way of controlling and policing women's behaviour, just as homophobia does for men."

And while I have a major problem with his sentiment that homophobia only affects men, and I am currently wondering if Thierry has ever met a lesbian or even heard of Kiana Firouz, I am really liking what he is saying here. Because another papery layer of onion offence that I first thought through was 'Why does a woman out late at night wearing less than a ski suit automatically have to automatically be equated with a prostitute?' Because even though my friend called the blonde girl on Abel Smith Street a whore, I actually have no fucking clue what she does for a living. And neither did he. And then I thought a little bit more, and asked myself 'Why does being equated with a prostitute have to be such a bad thing?' I think that Schaffauser's article touched on some of this stigma, and I really like how Anna North unpacked some of his comments in the aptly titled Jezebel article Sex Worker's Rights Are Rights For All Women, saying:

"Of course, not all women are raised to morally judge sex workers. But Schaffauser's points about public spaces and sexual contracts are spot-on. Too often, women are told not to walk alone, especially at night or while scantily clad. But sex workers often do all these things as part of their jobs — and they still deserve freedom from sexual assault. Unfortunately, the fact that being in public spaces alone at night is something stigmatized groups — not just sex workers, but also those who can't afford transportation or happen to live in the kind of dangerous neighborhoods middle-class people get told not to walk through — have to do makes it harder to claim this simple freedom as a right for everyone."

"Sex workers do all the things women are told not to do — going out at night, wearing "sexy" clothing, talking openly and assertively about sex, sleeping with multiple partners. These behaviors — and sex workers themselves — are likely stigmatized in part to keep women from gaining too much control over their sexuality. But all women deserve such control — and supporting sex workers' rights may be one way to achieve it."

Reading these truly excellent quotes made me gutted that I didn't write the article, but they also really helped me to understand why I felt so offended by my friend. Because it is that thing again, that using a describing, identifying, logical word to mean something really negative thing. The fat thing. The gay thing. And now the whore thing. Is it such an insult because of how our culture feels about women, that they either must be Madonnas or Whore, and we all know which one is supposedly better? Is it because sex workers are naughty, over-sexualised women, who are tempting fate through their dangerous profession? Is it because all sex workers must be desperate, sad, scared women and this association makes us so uncomfortable? I think that these are all really crap justifications, and they should never be a reason to yell at someone in the street. Especially because if whorephobia really is a result of societal pearl clutching, how is heckling going to help? Especially when it is right, smack bang-ingly, blindingly obviously there on the continuum of sexual violence?

When I was bashing around on the Internet looking at this stuff I found a really interesting blog post entitled Whorephobia 101, written by Jane Brazen. I seriously encourage you to go and read this, because I can't quote the whole thing, because I feel like I have already tip toed around enough plagiarism enough in this blog. She writes about her experiences as a mentally ill sex worker, and she is startlingly brilliant and honest. Jane says:

"Sex work is not a simple set of dichotomies. There are not pimp-battered victims and happy hookers purely. It is neither exploitation nor empowerment purely. I have become so weary of the dialogue about sex work falling into these dichotomies. Feminists are so busy arguing about whose side in the sex wars to take to talk about the flesh and blood real lives of actual sex workers.

If you want to know how to help sex workers, you should just ask them. For once, I’d love to have a conversation about what it means to be a mentally ill sex worker. I’d love to talk about how those of us with more “choice” can help those with less of it. I want to talk about why it’s so difficult to get out of sex work. I want to have a discussion about the nuances of consent within a sex work encounter. But I can’t do that if all we talk about is whether or not all sex work is rape. I can’t do that if we just talk about how exciting and empowering sex work is."

I thought that this was a really great idea. I was so struck by it that I had to go and have a cup of peppermint tea and talk to my flatmate Dan in the kitchen. All of the feminist discussion I hear and occasionally partake in is actually missing the point. All of the heckling and the whorephobia and hooker jokes are definitely missing the fucking point, especially when they are screeched into the night by an already marginalised-because-of-his-sexual-preference gay man who also happens to be walking down the street at stupid o'clock in the morning. Sex workers are people. Just like lawyers, and podiatrists and people who work at Dick Smith Electronics. They don't have the same experiences and opinions and thoughts. But unlike a whole screed of other professions, prostitutes already face enough daily stigma and I just don't think that yelling at them while you eat a pie is really going to help.

(Upon proofreading this, I can't believe that I wrote this entire post without making a joke about somebody needing to shut their pie hole. Or humble pie. Or something. I am putting these terrible puns in these weird post-script like brackets so it doesn't seem like I wasted the jokes.)