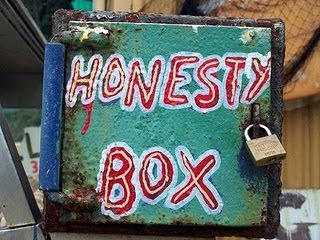 Last night while I was drinking a glass of red wine and my friend Sylvie was having a beer we started talking about how I am writing this blog. We talked about other things too, like how she had been on a writing retreat and she hadn't spoken to anyone in ages and how sometimes when something really good happens in your life, even like making a delicious dinner, you have to be able to talk to someone about it or it doesn't seem like it happened. My friend Scarlett was there as well, and she is moving to Japan in less-than-a-handful-of-sleeps-time, and her and I sat in the seats we have always sat in, talking about what is going to happen next. We were contemplative.
Sylvie asked me if I ever felt burdened, in a way, by trying to constantly subscribe to the moral high ground that this blog often navigates. I thought it was a really interesting question. I mean, I agree with her that some of the stuff I write about probably comes off as hiking up the most sanctimonious, altitude sickness inducing, head-in-the-clouds high ground. I don't know how I feel about that. I said to Sylvie that I hoped it came through in what I write here that I know I am not perfect, and that maybe this blog is ultimately about my quest to be a better person, and a morally higher person, and a more feminist person; probably with a significant dash of wanting to be a more interesting person. I don't want reading this blog to feel like you have accidentally got stuck in a corner at a terrible incense filled party talking to an hysterical harpy (although to be honest, I think I really like talking to hysterical harpies). Or for reading this to feel like you are being told off by your mum. Or for reading this to feel like a chore.
Lately I have been thinking quite a lot about Lesley Kinzel's writing over on Fatshionista, and how in this article here she says she doesn't identify as a feminist, but that actually she is a really big fan of feminist actions. And while I get really pissed off when women don't use the word feminist, because so many people are scared of it and not using the words perpetuates the fear, I really like the sentiment of what Lesley is saying. The sentiment that it is what you do that counts. Sarah at Feministe wrote about this recently; this idea of action and this sense of purpose. She said:

"It’s what makes me like bell hooks’s statement that instead of saying “I am a feminist,” one should say “I advocate feminism.” It changes it from an identity to an action. Otherwise anyone can declare themselves a feminist and then have to do nothing to help women. One can say “I’m not racist” and then get angry when called out on a racist action. It becomes not all that much different from claiming to help women simply by being a woman in the race. Maybe on some level it helps to have more women calling themselves feminist, more women in office, but we need more than just words and presences. We need action."

And I think that is a really important thing to think about. Dressing up as a Nazi or making a joke about a fat woman doesn't mean that you have to spend the rest of your festering away in a special, segregated hut for racists and sexists and sizeists. Putting on the swastika was a racist action. Making the joke about a family of Japanese people eyeing up the fat black woman for dinner because she looked like a whale was a sizeist and racist and possibly anti-feminist action. Calling your friend a faggot and heckling the lesbians and and saying that your marketing lecture was gay are all insipidly homophobic actions. By writing about this I don't want people to be forever branded as racist, whorephobic, sizeist, homophobic, misogynist, xenophobic, ableist, classist, transphobic, shit for brains assholes until the end of time. Because if nothing and nobody could ever change, what would be the point of talking to anyone, ever, in the world? Why would anyone ever write a blog or a book, or stage a protest, or make a film or sign a petition? The reason that some people do is because sometimes some people change.
Possibly the most significant and magnanimous thing that I have done for my own feminism has been making the decision that I will try to no longer say anything negative about other women's bodies. For a whole pile of reasons, but mainly just because I didn't see how saying this stuff was helping anyone and FYI, I really like how Ragen Chastain talks about this in her article Things I've Heard about Thin Women. Sometimes, this body snark elimination has been hard. It is hard to resist rating the contestants on America's Next Top Model, or to choose not to engage in a debate about whether Lady Gaga really is a butter face, and if Kelly Osbourne said that, what does it make her? Just the other day, I looked at a girl in a tiny pair of shorts and told my friend that I thought she had a good body for them. And I was horrified with myself, because I didn't even really know where this comment had come from, and what did I mean that she had a good body? Did that mean that someone out there had a bad body? I rationalised with myself that nobody has bad legs because legs are something that we use to walk around on and swim through water with and dance in the gay bar on, and then I realised that my inner monologue had independently taken on some ableist train of thought, and did I really think that someone in a wheelchair had a bad body? God, I thought, I am meant to be a feminist, how does this shit just permeate into my brain? Then I felt sick, because I felt like I couldn't win. But maybe, nobody can ever win. We just have to keep trying to say good things and making good choices and when we slip up, we can just talk about it and why we might have said that thing and then we can just move on. Move on to something better.
Posted by Ally at 8:48 PM