An Open Letter to James, Who Lives In Christchurch 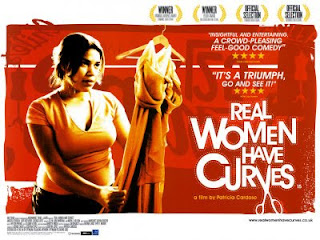 You liked Curvy Girls Are Better Than Skinny Girls, along with 1,772,675 other people. And like, that's cool. On the surface, this group seems like it might be trying to be progressive, in some way, like that movie with America Ferrera, because the title is size-positive and it makes a statement about how thin bodies are valued over fat bodies. (Although curvy really is a problematic euphemism for fat, because curvy should just mean having curves on your body, and if the word fat wasn't used as as a death sentence and a humiliation maybe people wouldn't need to clutch onto their curves so tightly). But while this group might technically be size-positive, it isn't body positive. It isn't woman positive. It's still rating women against each other, it's still making bodies a competition, it's still body surveillance culture. (Consequently, there seems to be a whole lot of surveying going on on that website.) Fat acceptance isn't saying that fat bodies are better. Fat acceptance isn't saying that everybody should be fat. It's about accepting bodies because they are bodies and they are attached to people with thoughts and feelings and it's about self esteem and it's about how everybody deserves respect, no matter what they look like. Fat acceptance is not body snarking on thin women, and it is not saying that real women have curves. A hip to waist ratio does not make anyone any more 'real' than anyone else. Curves do not a woman make. Criticizing thin bodies is actually just validating sizeism. Celebrating one thing by tearing down something else isn't really very celebratory at all.
And James, if you really want to publicly announce your sexual preferences, there are heaps of groups that you could join to proclaim your love of T&A, without hating on any other kind of body type. Not any of these ones though, because then I would probably have to write another blog post about you. You could just become a fan of Curvy Girls or of Boobs or of Tits and Ass or even the misspelled, but straight to the point, I Love Curvey Woman. (I noticed you are friends with your dad on Facebook though, I hope he's into it). Although really, it still is kind of problematic to reduce what you like about women to their body parts.
I think that part of the reason I felt so uncomfortable with the group you joined, is because I have fucked you. Multiple times. With my curvy body. Should I be pleased that I fit into this so easily definable category of women that you like? Is the Facebook page some kind of compliment? Do I even get to say anything about the way that these Facebook groups turn women into commodities, when I just had sex with you because I was 19 and drunk and horny? Am I allowed to complain when I have sent you a pxt of my tits? Am I allowed to complain when I knew that you would probably show it to your friends and that I didn't mind? Do I have an argument against objectification when I showed all my cellphone pictures of your cock to the other waitresses I worked with at the time, to make a long shift go faster and to show off that I was getting some? In the words of the Shortland Street theme song, is it you or is it me? Do I get to complain about raunch culture, when sometimes I like the raunch? It's confusing, when you start thinking about it. Let me know what you think.
Kind, and now somewhat confused, regards,
Ally Garrett.
Posted by Ally at 3:22 PM